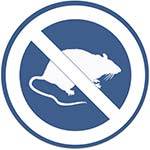 The Government is delighted that the South Georgia Heritage Trust (SGHT) has today declared South Georgia rodent free. After more than a decade of planning and delivery, today’s announcement means that South Georgia is free from rodents for the first time in over 200 years. The Government extends its congratulations to SGHT and everyone involved in this remarkable eradication project.

Invasive rats and mice first arrived on South Georgia with early sealing expeditions of the 18th Century and once ashore, spread rapidly, preying on the island’s native ground nesting birds. In the face of such veracious predation, populations of many burrowing seabird species significantly declined. Rodents also caused a dramatic reduction in the endemic South Georgia pipit as it was only able to successfully breed on rodent-free off shore islands and the south coast. Tide water glaciers were the only thing which had prevented rodents spreading throughout the entire coast of South Georgia but as a result of climate change these have been retreating ever more rapidly. A narrow window of opportunity to eradicate rodents was recognised and it was SGHT, a small charity based in Dundee, who took on the challenge to fundraise and lead the eradication effort.

The first significant step came in 2011 when SGHT led a trial to establish a suitable methodology for the eradication; the trial involved aerial dispersal of bait over an area of more than 1,000 km2. The Government of South Georgia & the South Sandwich Islands (GSGSSI) monitored the trial to establish the magnitude of target, and non-target, mortality. After the success of the trial was confirmed, several years of hard work began to plan and fundraise for the second and third phase of baiting in 2013/14 and 2015/16 respectively. In the meantime, GSGSSI undertook the eradication of more than 7,000 reindeer from the island which were introduced by whalers in the early 1900s, and which had to be removed before baiting could begin.

Two years after completion of the baiting, in 2017/18 came the task of re-visiting the sites to monitor and check for any signs of rodents. GSGSSI was delighted to be able to support SGHT in this endeavour. The first phase of fieldwork, deploying wax tags around the coast for later collection and assessment, got underway as the last snow of winter was melting. Hosted on board the Government’s vessel MV Pharos SG, the team carefully planned landings and maximised the use of good weather windows. The rugged and inaccessible nature of the South Georgia coastline made this phase a considerable challenge. Later on in the season, the monitoring team were joined by three rodent detector dogs from New Zealand and their handlers; either working from isolated field huts or from the MY Hans Hanson, this dedicated team of SGHT field workers with representatives from GSGSSI checked each of the 4600 wax tags which had been deployed and searched more then 2400 km of coast and mountain looking for signs of rodents.

The success of the eradication is not only a significant story in its own right, but has allowed GSGSSI to renew its environmental ambitions for the Territory in order to protect this extraordinary legacy. To this end GSGSSI continues to enhance its comprehensive biosecurity standards, recently trialing a rodent detector dog programme to screen vessels prior to travel to the Territory, and upgrade the existing biosecurity facility at King Edward Point. Additional work is expected in relation to monitoring the impacts of the rodent eradication. It is hoped that in the wake of the various eradication efforts, South Georgia’s iconic seabird populations will flourish, the endemic South Georgia pipit will be brought back from the brink of extinction and native vegetation communities will flourish, supported by GSGSSI’s invasive plant management programme that seeks to eliminate 33 out of 41 non-native plant species by 2020.

The SGHT press release is available on their site here.