With such a large and unpopulated island like South Georgia, it is the visitors who play a crucial role in alerting authorities to potential non-native species, and GSGSSI is interested in maximising this potential for visitors to play an intrinsic part of our monitoring and management of the island. A couple of examples this season have highlighted how visitors (now surpassing 10k per annum in number) can be our eyes on the ground.

A new plant species was found near Stromness this season, as part of a citizen science ‘bioblitz’. The plant belongs to the Gunnera genus but has yet to be identified further. We are still not sure if it’s a non-native species which has recently arrived, or a new record for a native species which has until now gone undetected. It is hoped that DNA analysis and further research might help answer these questions. 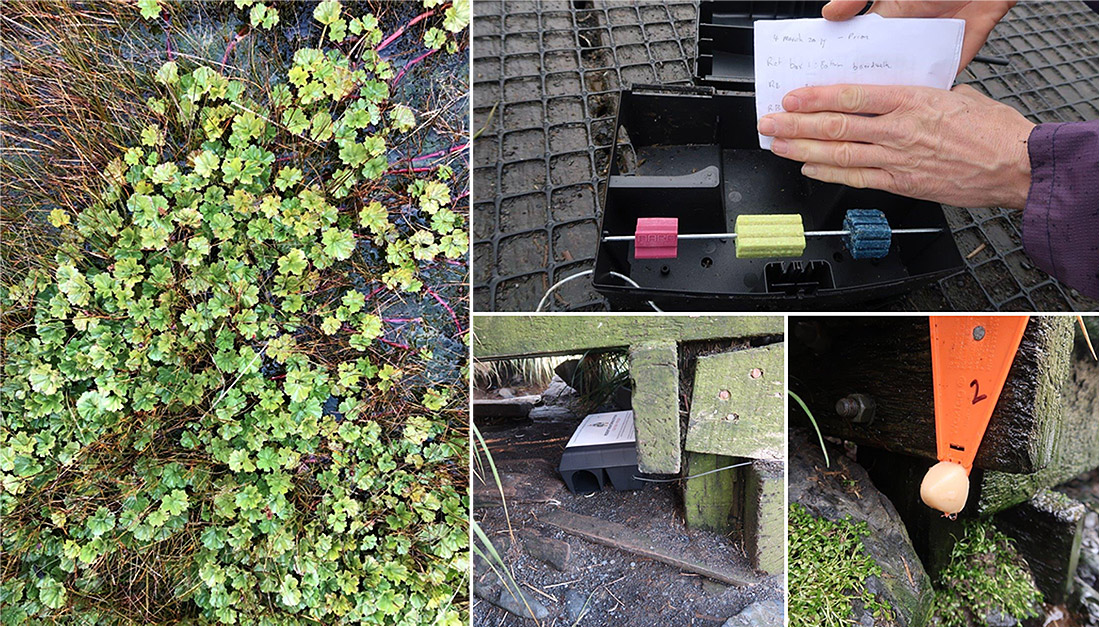 GSGSSI take all sightings and reports seriously, and act according to our rodent incursion plan. In this case a thorough inspection of the area revealed no signs of rodent activity, but to be sure a number of passive rodent monitoring devices were deployed on Prion Island, including a smorgasbord of toxic and non-toxic baits and rodent attractants. At the end of the monitoring period, GSGSSI re-visited Prion Island and retrieved the devices. It was a great outcome that none of the devices bore any signs of rodent activity, and we are confident that the sighting was a case of mistaken identity. GSGSSI have received many similar mistaken reports in the past, which with the use of infra-red cameras, have been attributed to Pintail ducklings which move quickly through the tussac grass and can easily be mistaken for a rat.

These records are a fantastic illustration of how citizen science can be valuable in monitoring South Georgia’s flora and fauna. GSGSSI welcomes and encourages visitors to report potential sightings of rodents and other non-native species. We understand that even the most experienced people may be mistaken, but in the event of a sighting being validated, a rapid response increases our chances of successfully dealing with the incursion.