GSGSSI Enshrines Into Law MPA Announcements Made In December 2018

Following an announcement in December 2018, a suite of enhancements to the South Georgia & the South Sandwich Islands Marine Protected Area (SGSSI-MPA) have today been signed into legislation by HM Commissioner Nigel Phillips CBE. The enhanced measures are designed to further conserve the rich biodiversity found within the ocean surrounding this sub-Antarctic UK overseas territory. The new measures build on the existing MPA designated in 2012 and are based on scientific evidence considered during the first 5-year review of the MPA.

The enhanced measures include a large increase in the proportion of the 1.24 million km2 MPA within which all commercial fishing activity is prohibited. No-take zones now cover over 23 % of the MPA (284,000 km2), an area far exceeding the size of the UK. The no-take zones protect the most biodiverse habits found within the Southern Ocean and also includes the largely unexplored 8000m deep South Sandwich Islands trench – the deepest part of the South Atlantic.

In order to further reduce competition for resources between the fishery for Antarctic krill and the abundant populations of krill-dependent predators such as penguins, fur seals and flying seabirds, the closed season has been extended by two months across all 1.24 million km2 of the MPA. This seven month closure prevents overlap between the fishery and predators during the key part of their breeding season when their foraging ranges are restricted.

The SGSSI-MPA coupled with the territory’s world leading ecosystem based sustainable fisheries management, makes a substantial contribution to both global sustainability goals and to the UK’s Blue Belt programme, supporting delivery of the UK government’s commitment to provide long term protection for the marine environment. 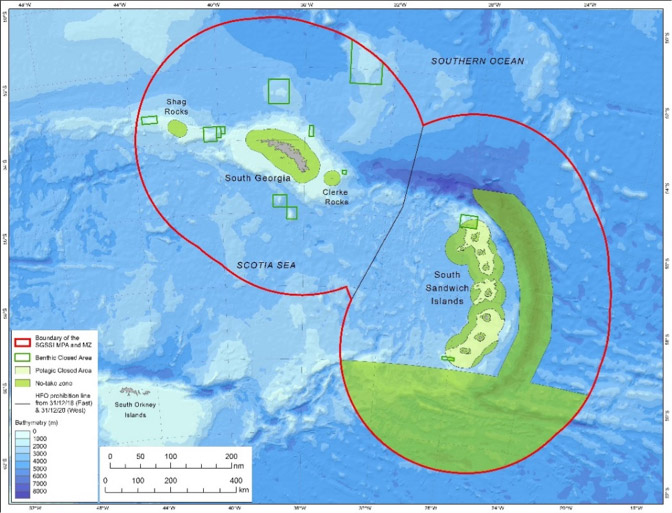 Map of the South Georgia & the South Sandwich Islands MPA 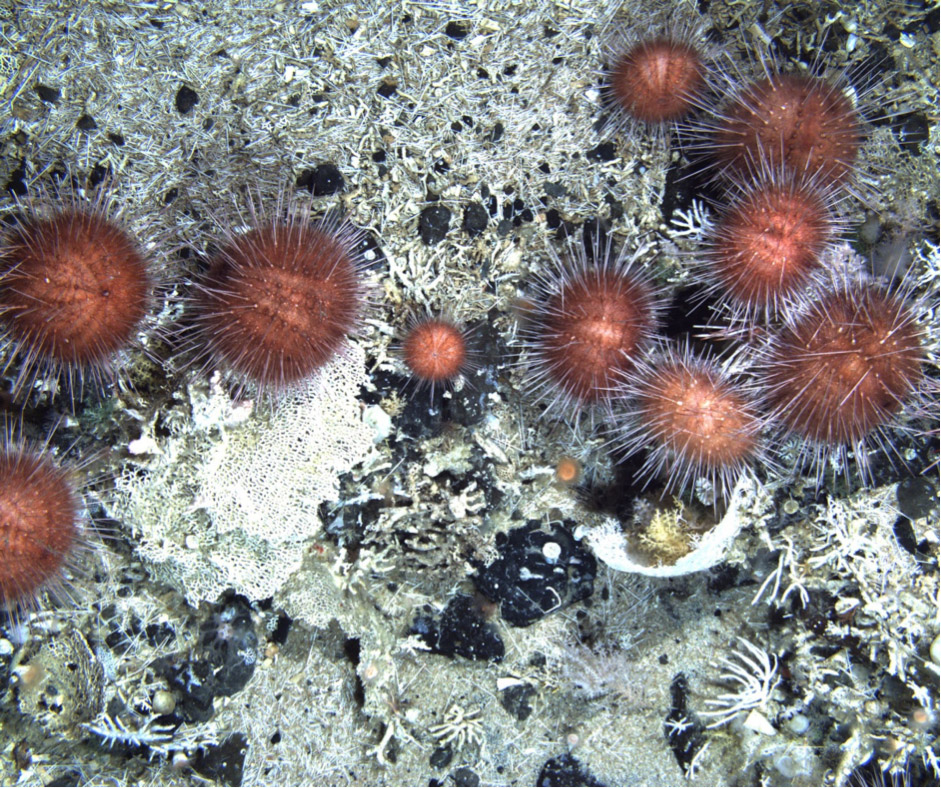 Deepwater camera image of the high benthic biodiversity at Shag Rocks, within the SGSSI MPA.