This week, the Government of South Georgia & the South Sandwich Islands released a commemorative stamp issue to celebrate the Royal Wedding between the Duke and Dutchess of Sussex.

The Prince of Wales announced the engagement of his youngest son Prince Harry to Ms. Meghan Markle on 27 November 2017. They became engaged earlier in the month, with the Prince giving Ms. Markle a bespoke engagement ring consisting of a large central diamond from Botswana, with two smaller diamonds from the jewellery collection of his mother, Princess Diana.

Prince Harry and Ms. Markle, an American actress best known for her role in the Canadian-American legal-drama television series Suits, had officially been a couple since November 2016. After the engagement, Ms. Markle began the long process of becoming a British citizen.

Prince Harry and Ms. Markle chose to hold the official photo call to mark the announcement of their engagement in the Sunken Garden at Kensington Palace. The garden had been a favourite of Diana, Princess of Wales and the planting scheme was transformed into The White Garden in her memory in 2017.

The day before the wedding Kensington Palace announced that Prince Charles would accompany Ms. Markle down the aisle, after she confirmed her father would not be attending the wedding due to his recent heart surgery. The bride spent the night before the wedding at Cliveden House along with her mother, while the groom stayed at Coworth Park Hotel with his brother, Prince William, the Duke of Cambridge.

The wedding took place on Saturday, 19 May 2018, at St George’s Chapel, Windsor in a service conducted by the Dean of Windsor and attended by around 600 guests.

Ms. Markle’s wedding dress was designed by Clare Waight Keller under the fashion house Givenchy. The gorgeous 16-foot veil included flowers from all 53 countries in the Commonwealth. Ms Markle was accompanied by her mother as she made her way to the church.

Prince Harry and his best man, the Duke of Cambridge, wore the frock coat uniform of the Blues and Royals (Royal Horse Guards and 1st Dragoons) in which both were commissioned, and Prince Harry served for 10 years, including in combat in Afghanistan. Prince Harry wore the rank of major with the star of the Royal Victorian Order, of which he is a Knight Commander, along with the ribbons of the Royal Victorian Order, Operational Service Medal for Afghanistan, Queen Elizabeth II Golden Jubilee Medal and Queen Elizabeth II Diamond Jubilee Medal, and Army Air Corps wings.

A total of ten bridesmaids and page boys were chosen, with the bride and groom each selecting five. Traditionally, royal princes have been awarded peerages prior to their marriages. Hours before the wedding, Prince Harry was granted the titles Duke of Sussex, Earl of Dumbarton, and Baron Kilkeel, and Ms. Markle assumed the style “Her Royal Highness The Duchess of Sussex” upon marriage.

After the ceremony, the newly married Duke and Duchess of Sussex enjoyed a carriage procession through Windsor to the delight of the waiting crowds and well-wishers.

Some 18 million TV viewers were reported in the UK and 30 million in the USA, with a global audience estimated to be in the hundreds of millions. 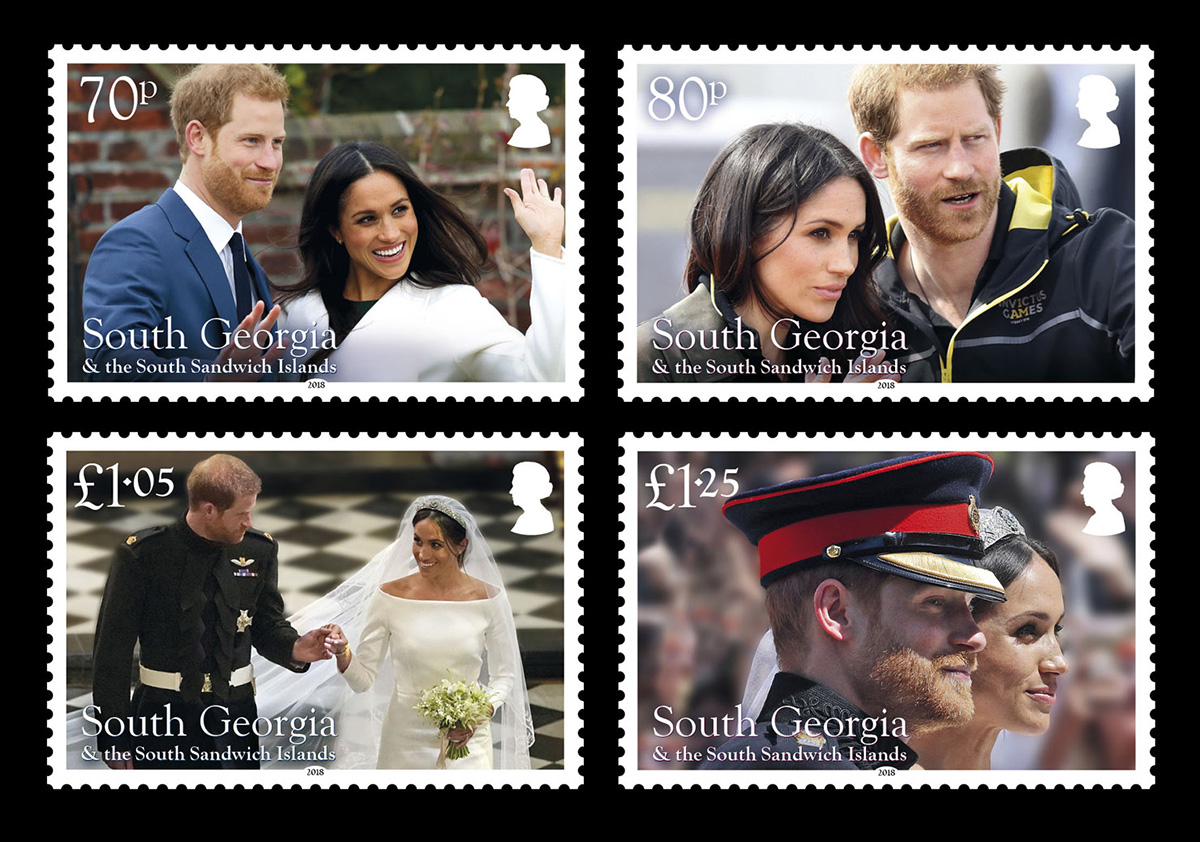 FDC. Prince Harry, Duke of Sussex and his wife Meghan, Duchess of Sussex wave from the Ascot Landau Carriage during their carriage procession on Castle Hill outside Windsor Castle after their wedding ceremony. (Photo by PAUL ELLIS/AFP/Getty Images). 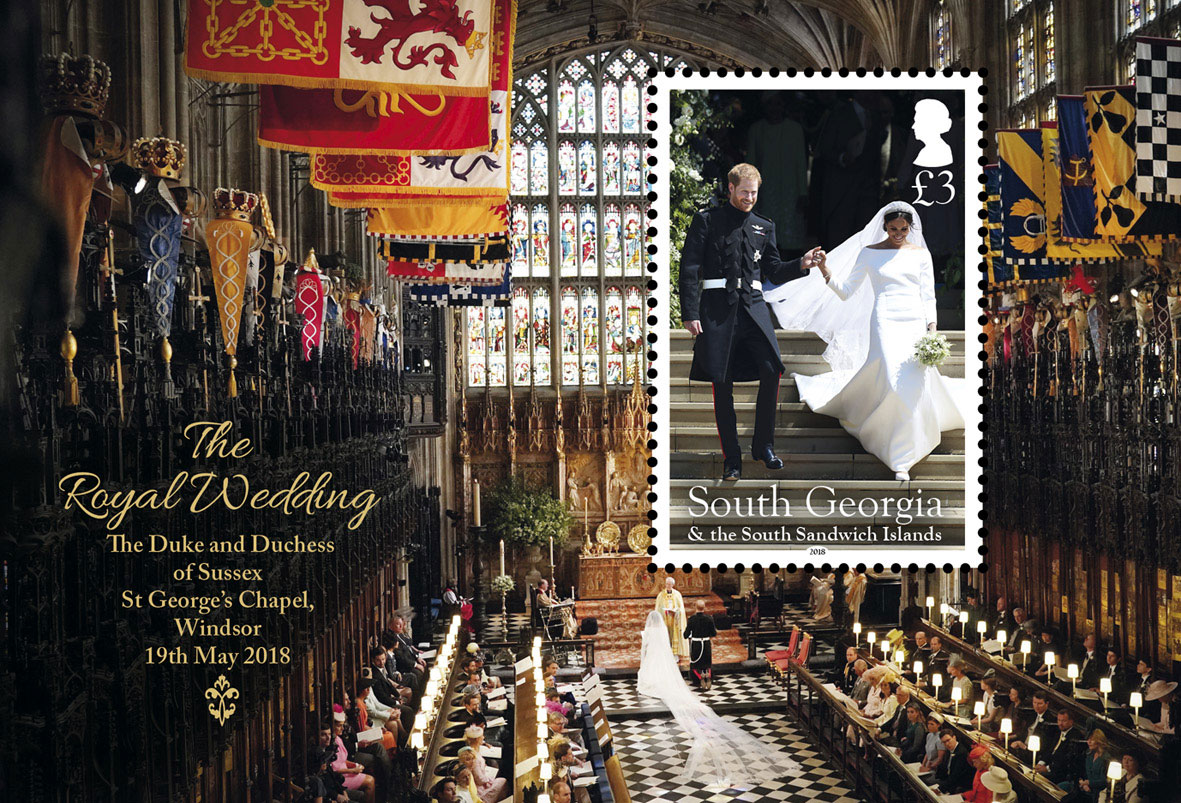