An £8.15 million contract to build a new wharf at the remote Sub-Antarctic Island of South Georgia is awarded to BAM Nuttall this week. The contract is part of a major investment programme to modernise the UK’s Antarctic infrastructure.

Commissioned by the Natural Environment Research Council (NERC) and the Government of South Georgia & the South Sandwich Islands (GSGSSI) the wharf will enhance the safety and efficiency of ship operations at King Edward Point (KEP) Research Station (KEP). Construction work on site is envisaged to be undertaken between January and May 2020. Site supervision, engineering and project management support is being provided to BAS by its Technical Advisor Ramboll.

The station, owned by GSGSSI and operated by British Antarctic Survey (BAS), provides critical research to support sustainable management of the marine environment and living resources in this biodiversity hotspot in the Southern Ocean. The wharf, concept design by Ramboll and engineered design by BAM, will see the existing structure extended to last another 50 years, and an additional “dolphin” added – an 11m x 11m outpost off the main wharf, this will provide the extra capability required to berth the new polar research vessel the RRS Sir David Attenborough.

Engineering consultancy Ramboll and construction expert BAM were chosen to partner with British Antarctic Survey (BAS) to modernise UK Antarctic and other research facilities, enabling British scientists to continue delivering world class research into some of the most important issues facing our planet. This is the second South Georgia project for the companies. Last year they successfully completed the refurbishment of nearby BAS Bird Island Research Station.

Surrounded by spectacular scenery, dominated by mountains and glaciers the Sub-Antarctic island of South Georgia is an important haven for wildlife. Research and monitoring conducted there helps to underpin the sustainable management of the territory’s marine environment which includes ecosystem-based fisheries management with catch limits agreed internationally by the Commission for the Commission for the Conservation of Antarctic Marine Living Resources (CCAMLR) and protection provided by a 1.24 million km2 Marine Protected Area (MPA).

King Edward Point Research Station lies at the entrance to King Edward Cove, a small bay within Cumberland East Bay, which is situated mid-way on the northern coast of South Georgia. It is about 1,400km (860 miles) south-east of the Falkland Islands. South Georgia is around 170 km long and between 2 km and 40 km wide, with its highest point being Mount Paget (2,960m) in the Allardyce range. Access to the islands is by ship only. 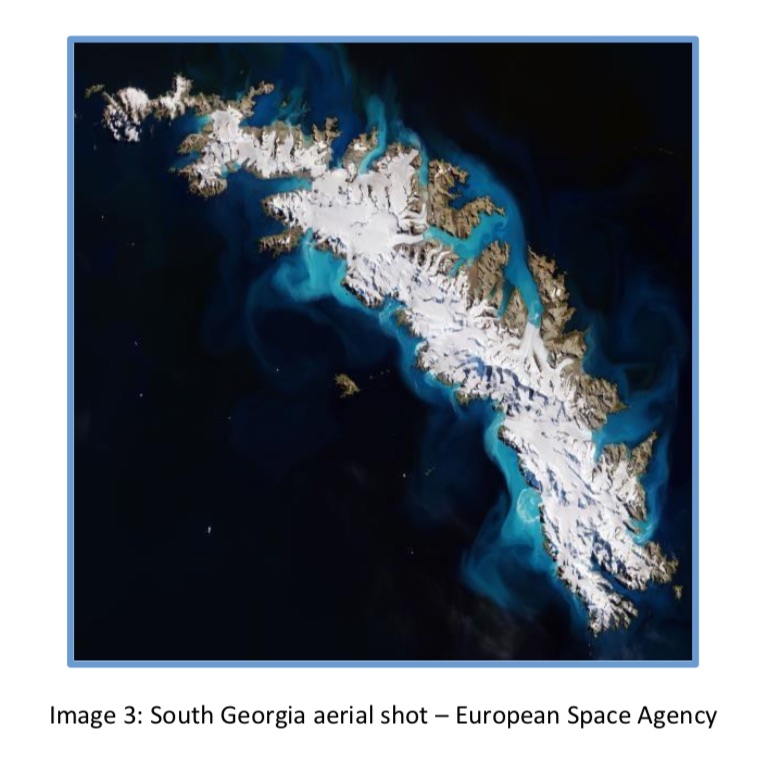 The Antarctic Infrastructure Modernisation (AIM) Programme will transform how British Antarctic Survey enables and supports frontier science. Commissioned by the NERC, this long-term programme will enable a world-leading capability to ensure that Britain remains at the forefront of climate, biodiversity and ocean research in the Polar regions. Together with the commissioning of the RRS Sir David Attenborough, this modernisation programme represents the largest UK Government investment in polar science infrastructure since the 1980s.