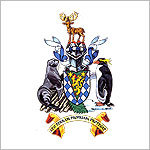 GSGSSI Releases Visitor Documentation in Preparation for the 2019/20 Season

Ahead of the 2019/20 visitor season the Government of South Georgia & the South Sandwich Islands (GSGSSI) is pleased to publish the new visit permit application forms and accompanying guidance document ‘Visiting South Georgia 2019/20’.