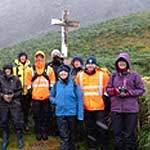 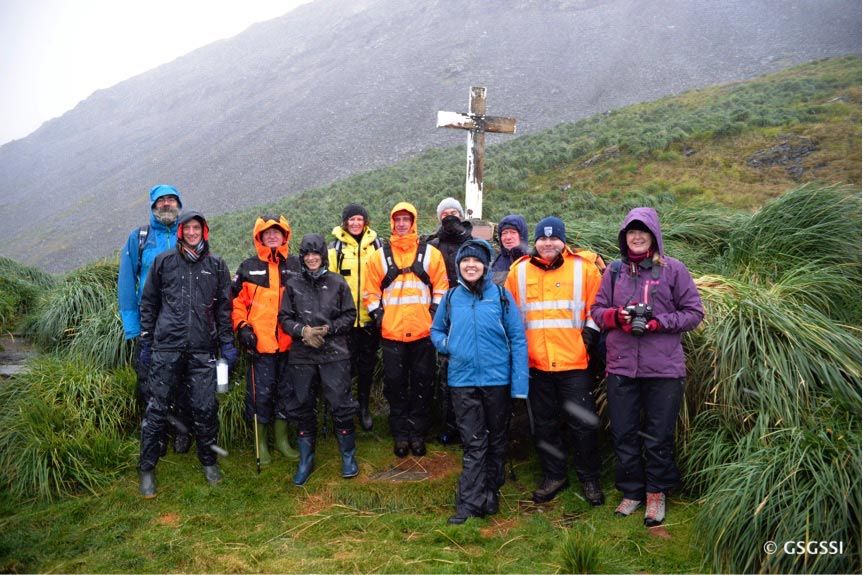 Visit participants travelled to South Georgia on the Government’s logistics and fisheries patrol vessel, MV Pharos SG. En route participants took part in pre-arrival biosecurity procedures which are compulsory for all visitors to the Territory and vital to ensure that non-native species are not accidentally introduced.

At the Government’s administrative centre at King Edward Point (KEP) visit participants had an opportunity to see the scientific research conducted there and discuss with scientists how their research supports the sustainable management of the Marine Protected Area including the MSC-certified fisheries, and the relevance of this work to the broader region. During a guided walk to Maiviken, a small bay approximately 5 km from KEP, participants were able to see the Government’s scientific study site for fur seals and Gentoo penguins. 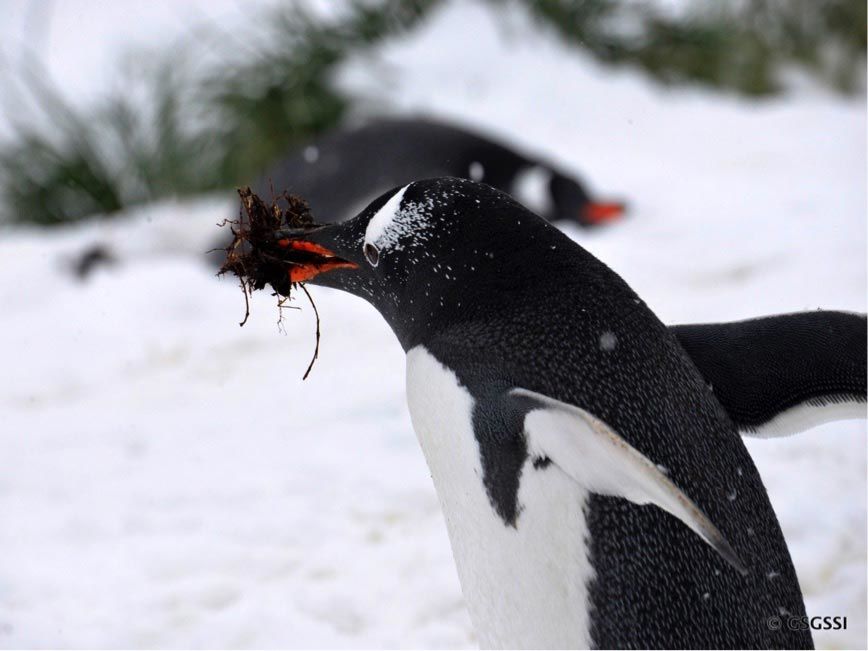 The impacts of climate change can be clearly seen on South Georgia and participants had an opportunity to witness the speed of glacial retreat taking place within Cumberland Bay. Many of South Georgia’s glaciers are retreating, one at a rate of 1 m per day. Monitoring these changes, and better understanding the impacts on the wider ecosystem, will be a critical part of the Government’s future management plans. 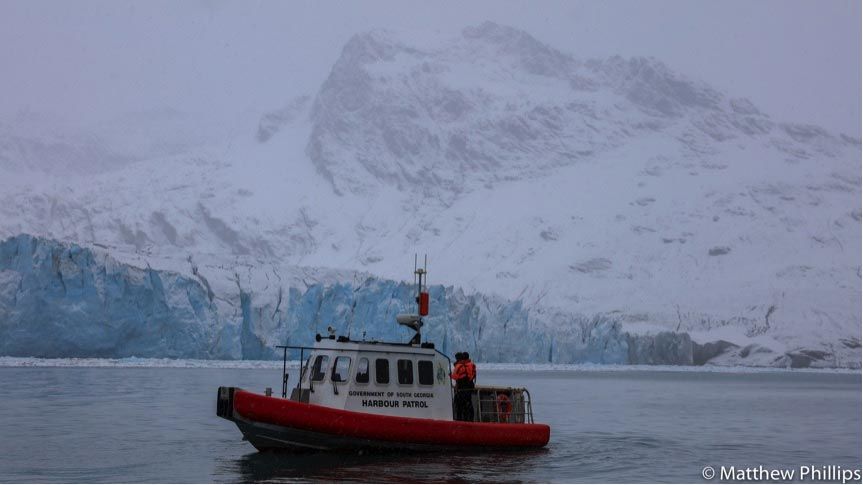 As well as looking at the natural environment, the Commissioner and visit participants also took time to appreciate the unique cultural heritage. This was brought to life through a visit to the South Georgia museum, which is run by the South Georgia Heritage Trust, and through a tour of the former whaling station at Grytviken showcasing some of the careful work being undertaken to preserve the site’s historic buildings and structures.

Further along the cost in the Bay of Isles, the group were treated to a spectacular morning surrounded by king penguins at Salisbury Plain. This is an important site for tourist visitors to the island and it is easy to see the attraction with over 200,000 pairs of king penguins jostling for position in the colony. 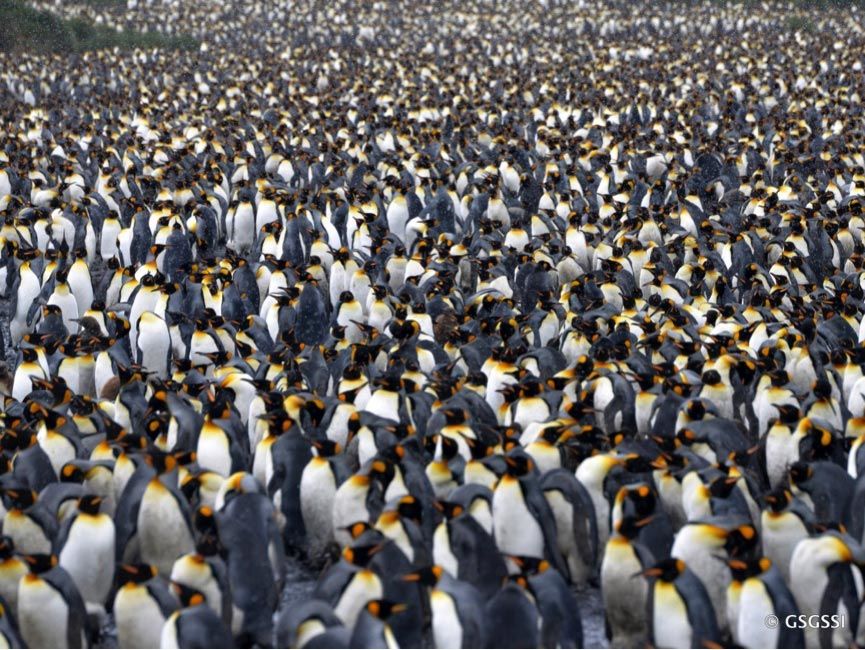 Facilitating safe and sustainable tourism is a key goal for GSGSSI and the visit to Prion Island was an opportunity to explore different types of visitor management. Prion Island hosts the only boardwalk on South Georgia and is part of a long-term management study on the impact of tourism on wildlife. With albatrosses in decline on South Georgia, these studies have importance for the future conservation of the species. The Government is also working with partners to address the principal causes of albatross decline which lie outside of South Georgia. It is only through international collaboration and the introduction of relatively simple by-catch avoidance measures that this decline can be halted. 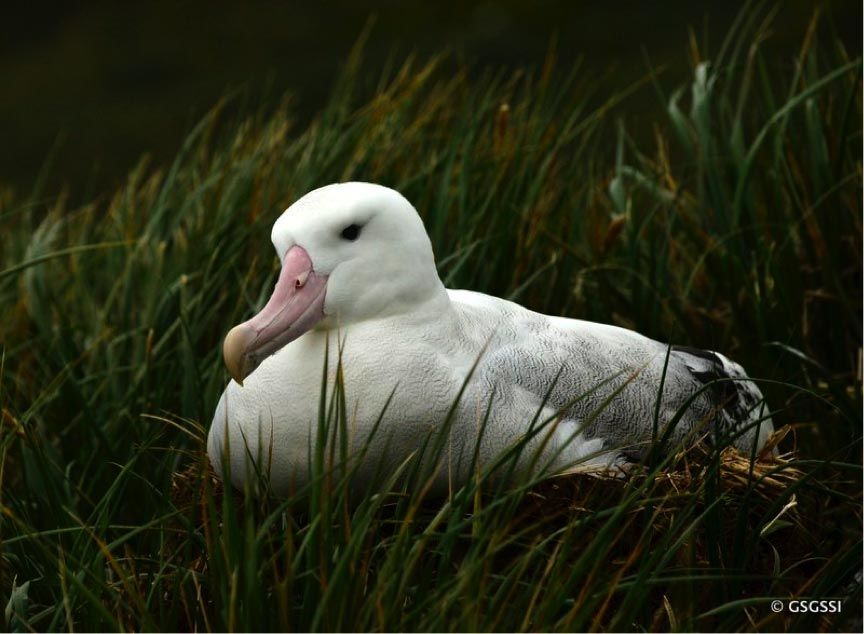 The final landing of the trip took place at Bird Island where the group were warmly welcomed by British Antarctic Survey staff and visiting scientists. Bird Island is one of the richest wildlife sites in South Georgia with a concentration of birds and seals that is equivalent to one animal per 1.5m2.  Research on the island contributes to one of the longest running environmental monitoring data sets in the world. 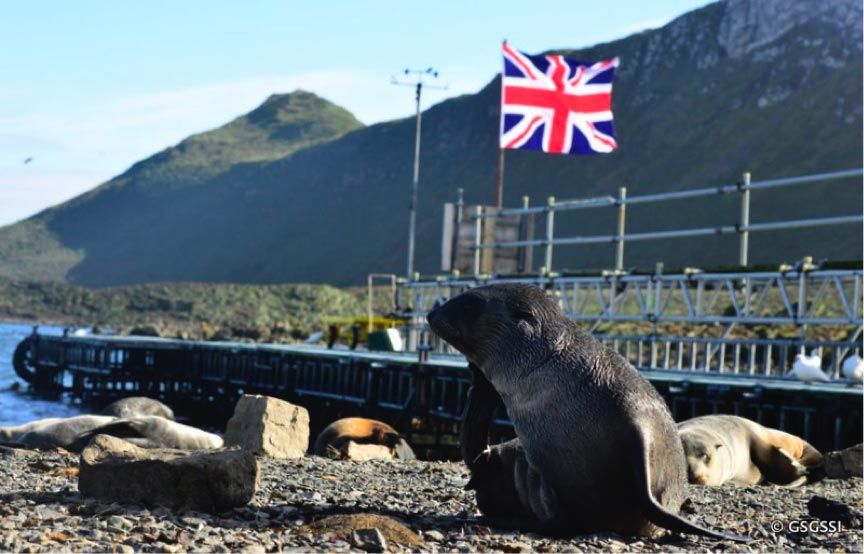 Just before returning to the Falkland Island there was enough time to sail past the little visited Willis Islands which are home to vast numbers of albatross and macaroni penguins that nest on the impossibly steep cliff faces. The surrounding waters of the Marine Protected Area were teaming with marine life including hump back and fin whales.

The group will have the opportunity to meet with representatives from Falkland Island government, private sector and NGOs at a reception on Monday Evening.

GSGSSI Environment Officer said “It is a pleasure to be able to showcase South Georgia’s wildlife and the work of the Government. We look forward to continued collaboration on key conservation projects with the attendees”.