The  Government of South Georgia & the South Sandwich Islands have published their 2016 Annual Report. The report is designed to keep people informed about Government activities on and off the island.

In the introductory message Commissioner Colin Roberts writes “The publication of this year’s annual report coincides with the end of the first full year of implementation of our 5-year Strategy 2016-2020. The Government team has been busy setting in motion plans to deliver our new strategic objectives. We have been ambitious and we do not underestimate the challenges we face. But we have confidence that by working with our partners and stakeholders we will be able to deliver a strong future for South Georgia.” 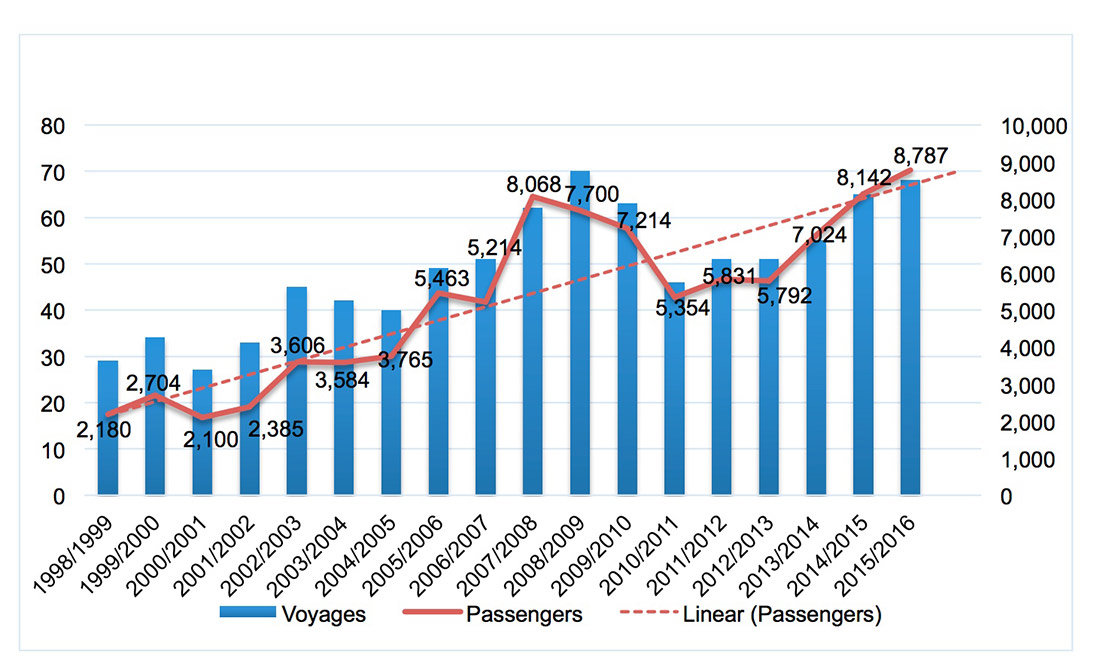 The report can be downloaded here.

Conservation Plans to Protect the Albatross

The Government of South Georgia & the South Sandwich Islands has launched an ambitious conservation effort to help protect the albatross.

South Georgia is a globally important breeding site for a number of seabirds, including black-browed, grey-headed and wandering albatrosses. These species have been protected and closely monitored for many years. Despite this, South Georgia’s albatross populations have declined, and the main cause has been attributed to incidental mortality associated with fisheries operating outside of South Georgia’s maritime zone.

GSGSSI has collaborated with the fishing industry to protect albatross in the waters around South Georgia. Modern fisheries management techniques have all but eliminated seabird by-catch in the maritime zone and supported the designation of the toothfish fishery as the highest-scoring Marine Stewardship Council certified fishery in the world. But the wide range of the albatross, extending many thousands of miles, brings them into contact with other, less well-managed, fisheries.

At the heart of the conservation effort announced are Conservation Action Plans, intended to serve as a framework to guide, in an informed, prioritised and co-ordinated manner, actions required to improve the conservation status of albatross populations at South Georgia and globally.

The UK Government, along with other key organisations have supported the development of these plans and will assist in their implementation as appropriate. As a first step in taking forward the plans GSGSSI is delighted to be working in conjunction with the Royal Society for the Protection of Birds (RSPB) and British Antarctic Survey (BAS) to undertake an initial study that will identify where and when albatrosses are at risk so as to better target education, conservation and monitoring programmes.

GSGSSI is pleased to have published on its website the first two new laws resulting from its Legislative Review. These cover Income Tax and Customs and they came into force on the 1st January 2017. The Ordinances are accompanied by easy to read guides that explain what they say and do. Further new law is expected soon on policing and the administration of justice.

In line with the Government’s strategy commitments we are seeking written proposals for the provision of specialist advice in relation to the use of heavy fuel oil and bunkering activity at South Georgia. The advice will provide options for the development of future policy which will be subject to stakeholder consultation. Written proposals are requested by close 5 February. 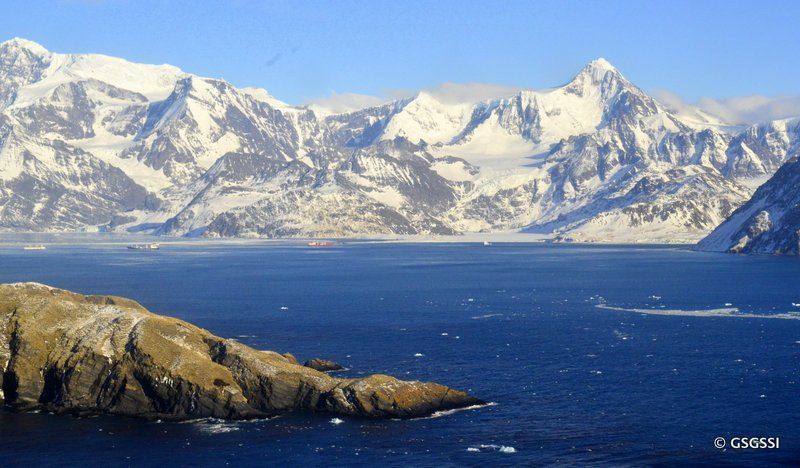 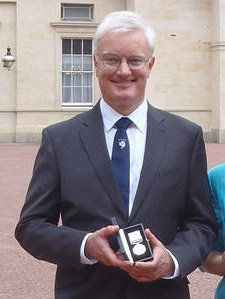 Pat after receiving his Polar Medal.

Pat Lurcock leaves his role of Government Officer at the end of January after 25 years on South Georgia. After time at Halley Base and the Falkland Islands Fisheries Department, Pat arrived on South Georgia as Marine Officer in 1992 before becoming a Government Officer and now familiar face to many returning visitors. Pat has been part of a gradual evolution of the Government of South Georgia & the South Sandwich Islands and a core part of the development and implementation of policy on the fishery, environment and tourism (not to mention IT), accompanied by Sarah first as Deputy Post Master and latterly with the South Georgia Heritage Trust. In recognition of his achievements and service Pat was awarded the Polar Medal in 2015. Pat’s contribution has been wider than work, of course.  Among other things he has a keen interest in cross-country skiing and has proved a reliable contributor of home brew. We’d like to take this opportunity to thank Pat for everything he has done for South Georgia over the past 25 years and wish him well for his future plans. We’re quite sure Pat will remain engaged in South Georgia issues (he’ll be spending the remainder of this season engaged with the South Georgia Heritage Trust) and we look forward to benefitting from his experience and expertise in the future.

We’re pleased to welcome Emma Jones to the team as incoming Government Officer in April. Emma brings a wide range of skills and a wealth of experience to the post, including previous experience at South Georgia and the Falkland Islands as well as environmental protection and compliance roles in the UK.

Jenni takes over from Ian Haywood who is returning to the UK.  Ian leaves after two and a half years with GSGSSI.  We’re grateful for the contribution that he made to the work of the Government and wish him well for the future.

Users can search, pan, or zoom around and explore a satellite timelapse of South Georgia from 1984 to 2016.

Click here for the South Georgia timelapse. Particularly striking are the clear signs of glacier retreat.

“On this day, January 10th 1917, over four months after Ernest Shackleton, Tom Crean and Frank Worsley had rescued the last of the Endurance crew from Elephant Island, Shackleton arrived at Cape Royds, Antarctica, to save the stranded men of the Aurora.”
http://tomcreandiscovery.com

Adventurer sails to Antarctica on 100-year-old ship
“The team also spent a week on South Georgia Island, exploring the local area. The island has no permanent population but there are scientists working there for the British Antarctic Survey.”
http://travel.aol.co.uk/

Incredible pics captured by intrepid explorer
“A BRAVE adventurer sailed on a death-defying 5,000 mile trip through the iceberg-filled waters around Antarctica — in a 100-YEAR-OLD boat. Andrew Orr, who has an office-based day job as a business analyst, told of how the wooden sailing ship nearly capsized into the freezing ocean on his epic 52-day journey.”
https://www.thesun.co.uk/news/2598498/antarctica-adventurer-100-year-old-ship-andrew-orr/

Lorraine Kelly turns explorer to retrace steps of famous Antarctic expedition
“LORRAINE KELLY is to make a pilgrimage to Antarctica following in the footsteps of her hero, explorer Sir Ernest Shackleton.”
https://www.sundaypost.com

BAS Fieldwork Begins Across the Antarctic for 2016/17 Season
“In addition to measuring the size of a sub-glacial lake buried under tens of metres of ice, scientists will study the unique animals and plants living in Antarctica, from the microscope marine phytoplankton of the Western Antarctic Peninsula to the penguins, albatrosses and petrels of Bird Island, South Georgia”
http://sartma.com/art_13441.html

9 Destinations Every Adventurous Woman Should Visit in 2017
“With new trails and lodges opening all around the globe, there’s never been a better time to lace up your hiking boots and set out for adventure in some of the world’s most beautiful destinations.”
http://www.vogue.com

Two more coins celebrate Shackleton’s Endurance Expedition
“Sir Ernest Shackleton’s successful Endurance expedition, so named for the ship it started with, is considered by some to be the last major expedition of the Heroic Age of Antarctic Exploration. The official name is the Imperial Trans-Antarctic Expedition. The Pobjoy Mint has struck coins honoring the expedition for South Georgia and South Sandwich Islands. “
http://www.coinworld.com

Briton swims Antarctic in campaign for three marine sanctuaries
“South Georgia is a British Overseas Territory, a snowy speck of mountains in the vastness of the South Atlantic. It has the wildlife wealth of the Galapagos, the scenery of Switzerland and a museum telling much of the history of Antarctica. “
https://www.theguardian.com

Antarctica: A Modern Day Expedition
“One hundred years ago, the men from Ernest Shackleton’s failed Endurance expedition, sailed to Elephant Island and were eventually rescued by aid from South Georgia.”
http://www.huffingtonpost.com/liz-carlston/antarctica-a-modern-day-e_b_13445262.html

First Antarctic ground beetle discovered
“The insect fauna in Antarctica is so poor that today it consists of only three species of flightless midges, with one of them having been probably introduced from the subantarctic island of South Georgia.”
https://www.sciencedaily.com/releases/2016/11/161128131439.htm

Among the Kings of South Georgia. Lindblad Expeditions-National Geographic. 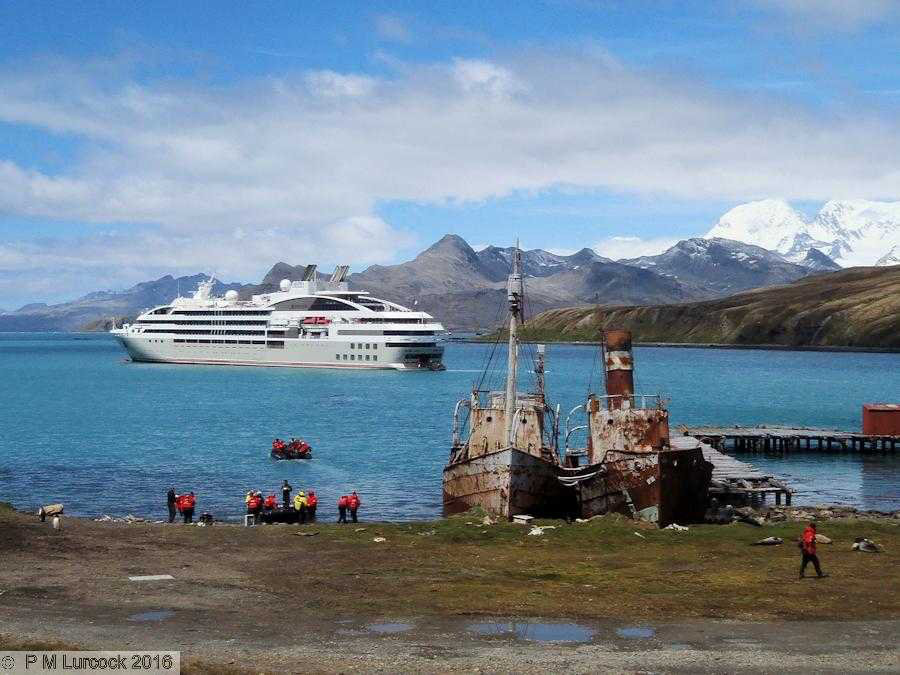 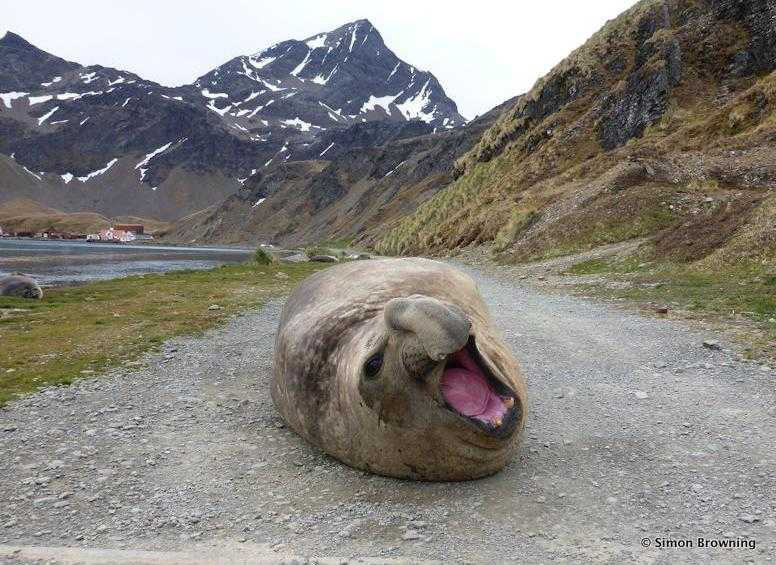