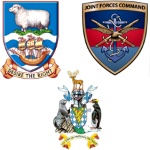 British Forces South Atlantic Islands (BFSAI) wishes to extend its condolences to the family of all those tragically lost on Monday 9th December. The Commander of BFSAI thanks all who contributed to supporting the UK’s search effort for the missing Chilean C-130 aircraft. The search made full use of assets and personnel available including military resources and those of the Government of South Georgia & the South Sandwich Islands (GSGSSI) and the Falkland Islands Government.

British Forces South Atlantic Islands, based in the Falkland Islands, deployed its first wave of support, within 36 hours, by way of a Royal Air Force A400M Atlas aircraft, tasked to contribute in the over water search role, directing maritime assets in debris fields.

In addition, the liaison team from the Falkland Islands quickly established itself in the Maritime Rescue Coordination Centre, Punta Arenas, providing specialist Search and Rescue advice to the Chilean search command. It included a Falkland Island Government member of staff to act as an interpreter between the Chilean military and British personnel.

The Government of South Georgia & the South Sandwich Islands immediately made available their fishery patrol vessel the MV PHAROS SG. She was diverted from South Georgia patrolling tasks to assist with the search and provided the UK marine presence until relieved by HMS SCOTT. Pharos was guided by BFSAI in the search activities and debris recovery.

HMS SCOTT was re-directed to support the search effort and arrived on Saturday 14th December. One of the Royal Navy’s most advanced deep-water survey ships; she was tasked to use her specialist sonar capabilities to survey the ocean bed. Alongside this, she has deployed sea boats, which allowed for debris collection, for further analysis. The search is continuing. 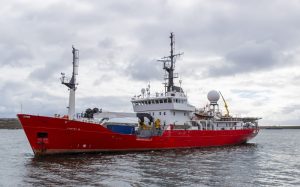