Today the Government of South Georgia marks the 246th year since Captain Cook claimed South Georgia for King and country. On 17th January 1775 a small party of men landed on a beach beneath snowy peaks and tumbling glaciers. In charge was an officer by the name of James Cook; the British Flag was planted, a volley of musket shot was fired, and the land was claimed for His Britannic Majesty. Cook named the bay in which he landed Possession Bay, and on 17th January each year South Georgia marks ‘Possession Day’ with a bank holiday, an important reminder of the UK’s long and rich history in the Southern Ocean. 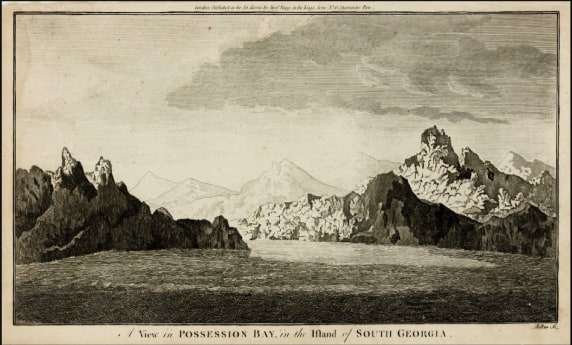 James Cook departed London in 1772 on his second world voyage aboard HMS Resolution. One of his objectives was to determine the existence of a great southern landmass which had been hypothesised. A hundred years previously an English merchant named Anthony de la Roche sheltered in a bay in the harsh Southern Ocean, and James Cook used those reports to aid his navigation. At first appearance South Georgia must have raised expectations that this was the vast landmass they were searching for; but as the ship charted the coast so the reality became clear and Cape Disappointment was thus marked. 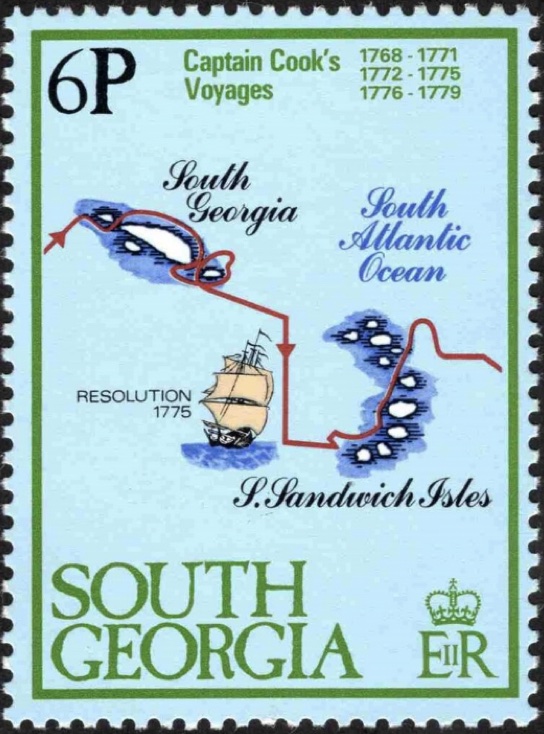 The impact James Cook had on the islands cannot be underestimated. His reports of the spectacular wildlife present in epic numbers initiated an era of exploitation that cascaded through the ecosystem with the harvesting of seals, whales and fish. The men who came to develop these industries brought with them foreign plants and animals, both deliberately and accidentally, significantly altering the ecology of the island. The historical over-exploitation of natural resources was however unsustainable, and as industries became unprofitable and regulations restricted activities, the workers left, the pressures on the island reduced, and a new era of regeneration could begin.

Today, the Territory is a success story and a shining beacon in a world where it has become common-place for unsustainable human activity to result in environmental deterioration and a decline in biodiversity. Through the hard work and sustained active management of successive governments, we are proud that South Georgia is a global rarity – an ecosystem in recovery. This restoration has been championed through environmental remediation; ongoing habitat restoration projects and biosecurity measures; the establishment of a Marine Protected Area and science-led precautionary use of marine resources; the highly regulated permitting of visitors and fishing; and the removal of some of the most harmful alien species.

Whales are now returning to the 1,240,000 km2 maritime zone in numbers not seen for almost a century. Eradication of reindeer, rats and mice from South Georgia has allowed native vegetation, including tussac grass, to thrive and ground-nesting bird populations to recover, including species found nowhere else in the world such as the South Georgia Pintail duck and the South Georgia pipit, the world’s most southerly songbird. Whilst invasive plant management is ongoing, the presence of non-native vegetation on South Georgia provides a reminder of the need for excellent biosecurity and constant vigilance to reduce their impact on native species.

South Georgia is not immune to global environmental challenges, none of which are more important and unpredictable than climate change. As a barometer in the Southern hemisphere, what happens at South Georgia offers a glimpse of potential impacts across the whole world. Whilst the rapid glacial retreat at some sites is a clear sign of a warming planet, it is likely that climate change is affecting ecosystem processes at all levels. The world-leading science taking place at South Georgia will not only be critical to understanding and managing local impacts but will also enhance global knowledge of climate and environmental issues.

There are likely to be many other effects of climate change not yet fully understood, potentially even more so on the remote South Sandwich Islands. In order to raise awareness of these critical issues and influence positive change beyond our waters, we must work with the international community of people and organisations who play a part in the stewardship of the Territory, bringing together policy-makers, industry and scientists with the passion and determination to help bring about positive change.

Whilst traversing the north coast of the island, James Cook chose not to land at some of the glacier lined bays, saying “I did not think it worth my while to go and examine these places; for it did not seem probable that any one would ever be benefited by the discovery”. He could never have imagined the cruise ships that would bring visitors from around the world to marvel at the island today, or the armchair explorers who share in our enthusiasm through documentaries and social media. Our hope is that every single person who experiences South Georgia will become an ambassador for the islands with an understanding of the importance of sustainable environmental management, and that they can then also apply this knowledge to their own communities.

As a British Overseas Territory, SGSSI serves as an example of world-leading, evidence-based, sustainable management delivering globally-significant environmental recovery. The Government of South Georgia & the South Sandwich Islands will continue to work in partnership with the UK Foreign, Commonwealth & Development Office to maintain the remarkable success story that is unfolding on South Georgia & the South Sandwich Islands.