BAS scientists at King Edward Point are carrying out strategic research that assists GSGSSI in the management of its fisheries. The research covers many aspects of the biology and ecology of both the targeted resource species as well as dependent and by-catch species.

Other long-term projects underway at KEP include: 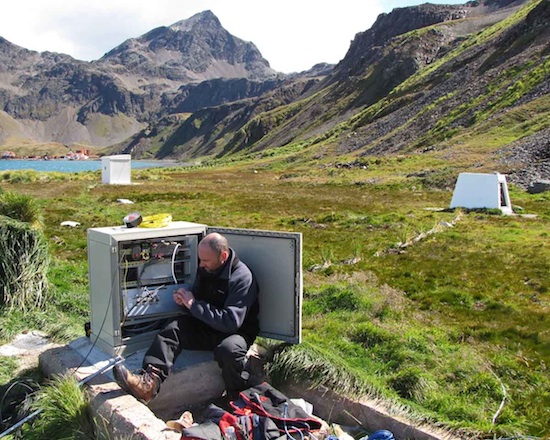 The Magnetic Observatory being installed.