The Government of South Georgia & the South Sandwich Islands is today issuing a set of stamps featuring Zavodovski Island in the South Sandwich Islands. The issue marks the release of the BBC’s Planet Earth II, fronted by Sir David Attenborough, and whose filming team visited Zavodovski Island in January 2015. Few humans have ever set foot on the island, let alone attempted comprehensively documenting the daily lives of the 1.5 million or so penguins that breed here. The resulting footage – made using long lens, gyro-stabilised hand-held cameras and a small drone – is the first filming of the largest colony and the first full portrait of the daily lives of these penguins, as they do battle with spectacular, and often deadly, waves in their mission to feed and raise their chicks. The stamps feature the following images:

80p (Chinstrap penguins) Zavodovski Island is home to the largest penguin colony in the world – predominantly chinstrap penguins (Pygoscelis antarctica) of which there are estimated to be around 750,000 breeding pairs, plus adolescent non-breeders and chicks.

£1.05 (Chinstrap penguin chicks) Towards the end of January, the chicks are growing so quickly that both parents have to go to sea to feed. They leave the chicks in crèches, beginning as small groups of birds and increasing until they are huddles of ten or twenty individuals and more.

£1.25 (volcano) On the west side of Zavodovksi Island is the volcanic cone of Mount Curry which daily spews out volcanic clouds. The plateau to the east of it – where the largest aggregation of penguins is found – is known as Asphyxia Plain, and there are other sub-colonies at Stench Point and in the northwest of the Island. 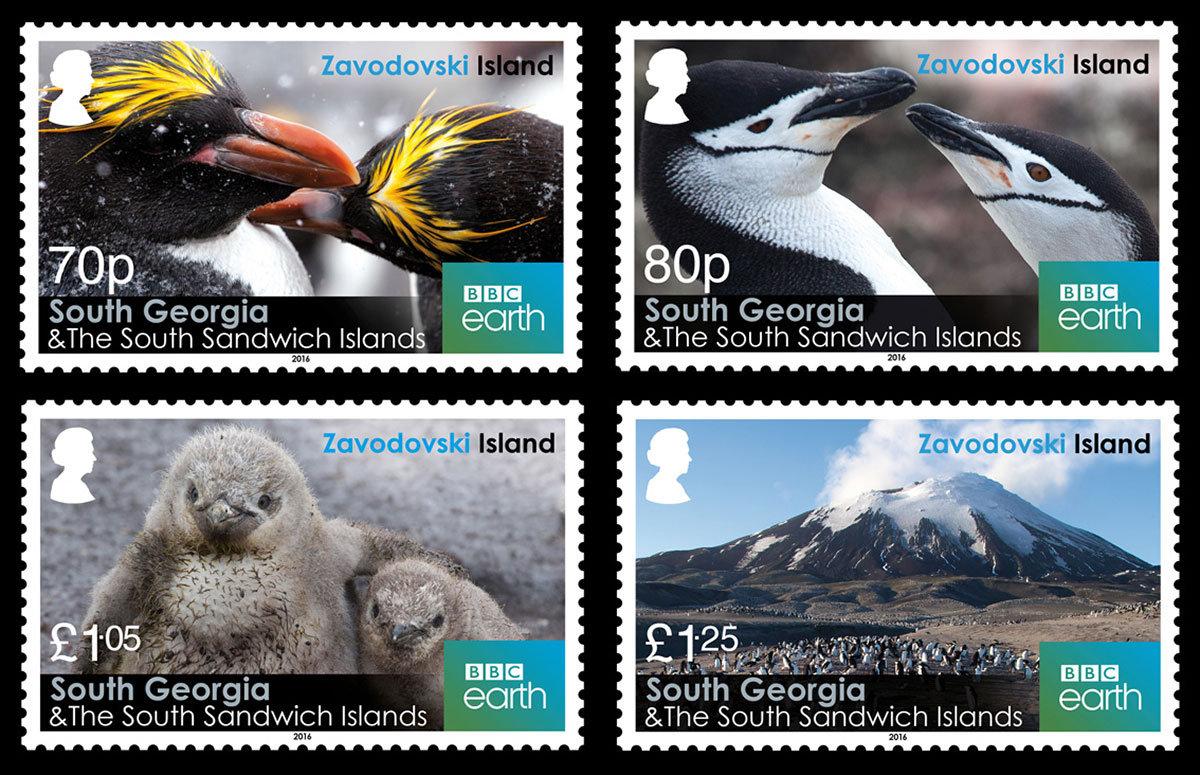