His Majesty King Charles III has been graciously pleased to approve the awarding of the Polar Medal to Mr Steven Brown, who until March 2022 was the GSGSSI Director of Operations.

The medal is awarded for outstanding achievement and service to the United Kingdom in the field of polar research.

Steve has been recognised for his outstanding and sustained personal contribution to the development, preservation and conservation of the sub-Antarctic Island of South Georgia – and particularly for his contribution to the transformation of the site at Cumberland East Bay from a hazardous and toxic post-industrial eyesore to an internationally recognised ecological success. From an initial deployment to Antarctica as British Antarctic Survey electrician in the nineties, through maintenance and engineering roles at British Antarctic stations, as a contractor for infrastructure projects over successive field seasons, as Base Commander at King Edward Point and Rothera, and from 2017 onwards as Director of Operations for the Government of South Georgia & the South Sandwich Islands, he has taken forward essential work in South Georgia to continue the iterative process of remediation.

Steve’s polar and sub-polar career of over twenty years’ service has demonstrated his personal commitment to supporting the region, enabling scientific enquiry to further the critical work of ecological and environmental stewardship.

Affable, modest, quietly spoken but with notable physical and emotional endurance, Steve is best described as effortlessly competent. In addition to his work on land, he has sailed many thousands of nautical miles aboard the fisheries patrol vessel Pharos SG, as well as BAS and Royal Navy ships, in some of the most dangerous and extreme seas on the planet, to ensure the effective patrol and protection of the South Georgia Maritime Zone – now one of the world’s largest Marine Protected Areas.

Everyone in GSGSSI and further afield was delighted to hear the news that Steve has been recognised for his efforts. 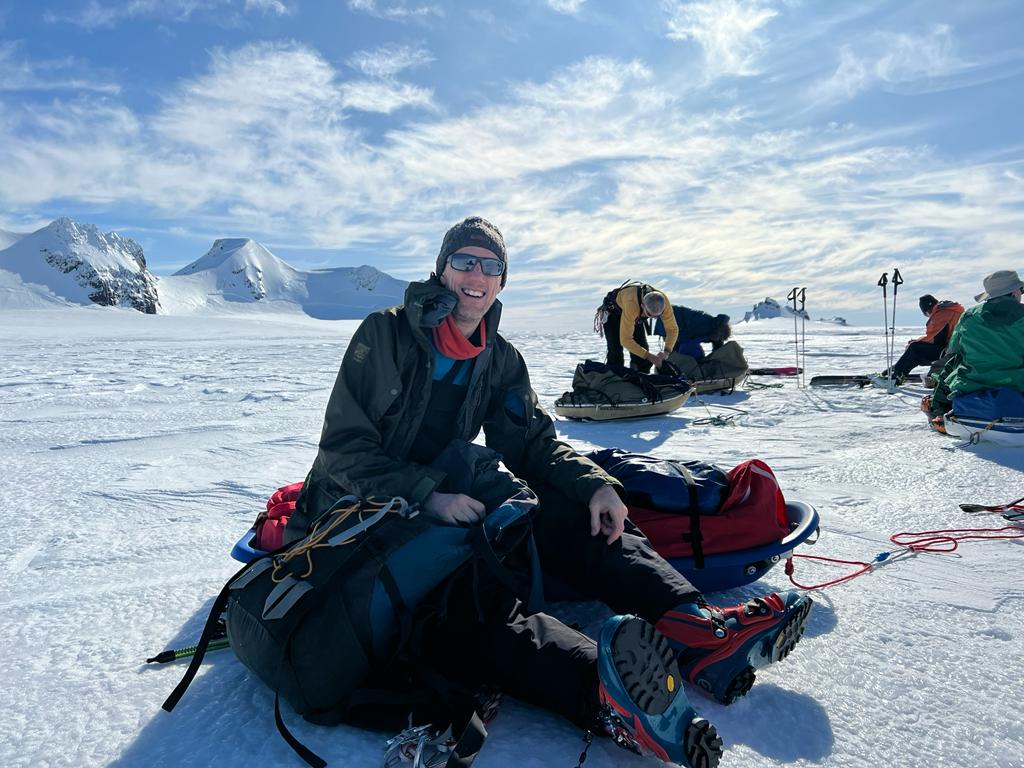