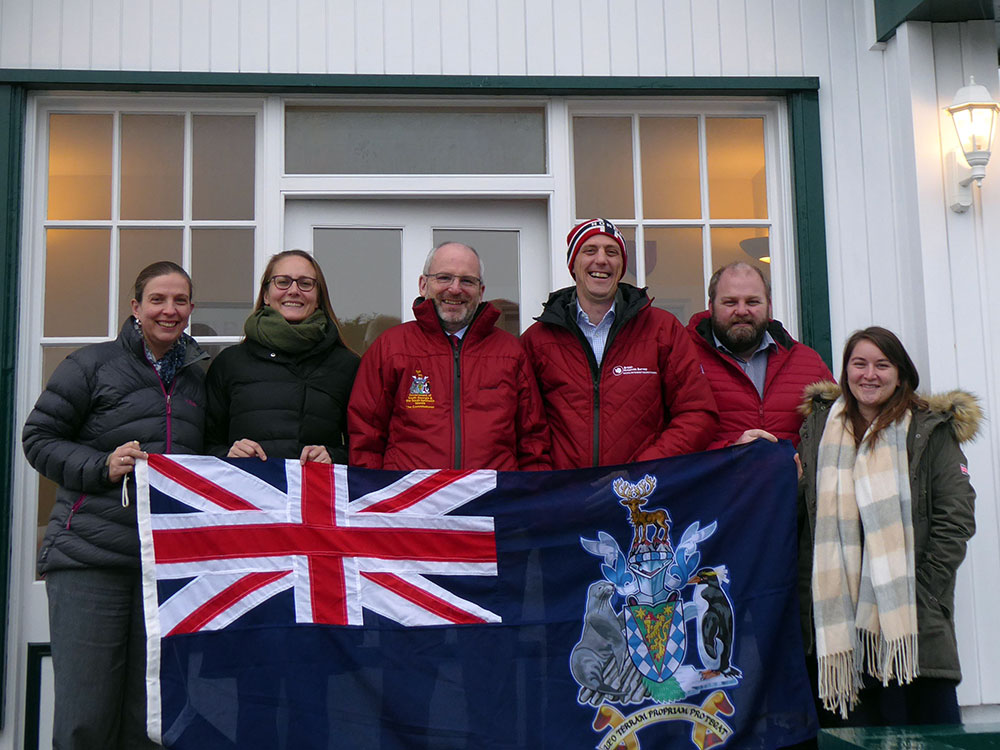 As part of the forthcoming development of a new wharf at King Edward Point, the British Antarctic Survey have developed an Environmental Impact Assessment (EIA) to identify the potential environmental risks of the project and propose appropriate mitigation and monitoring measures.

As outlined in our 2016-2020 Strategy, GSGSSI are committed to ensuring that robust EIA procedures are in place. To ensure high standards are upheld, for a major project such as the King Edward Point wharf development, we have solicited independent external review of the EIA.

Ahead of the 2019/20 visitor season, the Government of South Georgia & the South Sandwich Islands has publishished the new visit permit application forms and accompanying guidance document ‘Visiting South Georgia 2019/20’.

It is great to see that those with licenses to fish in our Maritime Zone (MZ) are proud to share the best practise of their operations whilst working within one of the most highly regulated fisheries in the world.

The recent article by Guy Baker in The Marine Biologist, a magazine published by the Marine Biological Association, discusses the South Georgia & the South Sandwich Islands (SGSSI) Marine Protected Area (MPA) and gets the perspective of one of our licensed fishing vessel operators, Peter Thompson of Argos Froyanes Ltd.

The main provisions of the sustainable use MPA are highlighted including complete ban on bottom trawling, depth restrictions on bottom fishing, spatial and temporal closure of the krill fishery to protect penguins and seals, and numerous benthic closed areas. In addition to these MPA provisions, a suite of fisheries management measures implemented through the Commission for the Conservation of Marine Living Resources (CCAMLR) and the Government of South Georgia & the South Sandwich Islands (GSGSSI) further protect the MZ. Peter Thomson goes on to discuss the issue of sperm whale and orca depredation of toothfish from fishing lines and how this is managed principally by avoidance strategies.

The article also provides an overview of the recent review of the MPA by an advisory group comprised of members of the scientific community, NGO’s, fishing and tourist industry representatives. The review considered over 200+ peer reviewed scientific papers published since the MPA was designated and the advisory group concluded that the MPA was meeting its conservation objectives. The review group identified climate change as the most serious threat to the SGSSI marine ecosystem. Following the review, in December 2018 GSGSSI announced a number of precautionary, evidence-based enhancements to protection in the MPA including a large increase in the proportion of the 1.24 million km2 MPA within which all commercial fishing activity is prohibited, and No-Take Zones now cover over 23% of the MPA (284,000 km2). The new measures were enacted into law on May 29th 2019.

It is only by working in collaboration with the many stakeholders both on and off the water that we will continue to be one of the best managed fisheries in the world.

A full copy of the article can be found at: https://www.mba.ac.uk/issue-12

More information about the enhancements to the SGSSI MPA can be found here. 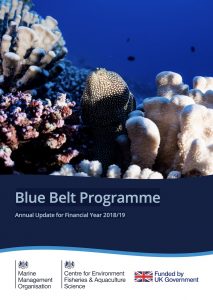 “The marine environment of the SGSSI is critical to the territory’s prosperity. It supports rich and diverse ecosystems that attract cruise ship visitors from around the world as well as sustaining a fishery that has been externally certified as being managed to the highest possible standards. Delivering worldclass governance is a driving passion and the Blue Belt programme has directly supported our strategic aim of evidence-based environmental decisionmaking. This year’s highlights include the introduction of significant enhancements to the SGSSI Marine Protected Area and support for two scientific research cruises to the South Sandwich Islands.” – Nigel Phillips CBE, HM Commissioner for South Georgia & the South Sandwich Islands.

You can read more about SGSSI on pages 20 and 21 of the Update and learn about the Discovery 99 trip to the South Sandwich Islands on page 25.

A team of scientists has discovered a rare lava lake on a remote and inaccessible sub-Antarctic island. There are around 1500 land-based volcanoes on Earth, but despite the popular perception of steaming bubbling lava pools in their craters this volcano in the South Sandwich Islands is only the 8th to be identified worldwide to have a persistent lava lake.

The discovery on Mount Michael on Saunders Island, reported this month (July 2019) in the journal Volcanology and Geothermal Research, was made using satellite images and is the first to be identified within the British overseas territory, South Georgia and the South Sandwich Islands. In 2001, analysis of low-resolution satellite data revealed a geothermal anomaly but could not prove the existence of a lava lake. Now higher-resolution satellite images from 2003-2018 and advanced processing techniques have revealed a lake 90-215 metres in diameter with molten lava of 989-1279 °C present throughout this period.

“The go ahead for an £8.15 million contract to build a new wharf at the remote Sub-Antarctic island of South Georgia has been given the go ahead this week. The contract awarded to BAM Nuttall, is part of a major investment programme to modernise the UK’s Antarctic infrastructure. Site supervision, engineering and project management support is being provided to British Antarctic Survey by Ramboll, as their Technical Advisors.”

“Southern fur seals were hunted to near extinction on islands around Antarctica within decades, or even years, of their discovery by sealers. At their primary breeding ground on South Georgia Island, they were considered commercially extinct by the early 1900s. It took decades for the population to rebound, but they now number in the millions there.”

“The population of Wandering Albatrosses breeding at South Georgia – a remote island group in the South Atlantic – has declined rapidly since the 1960s. Yet since 2014, bycatch of seabirds in the local South Georgia longline fishery has dropped to negligible levels because of regulations introduced under the Convention on the Conservation of Antarctic Marine Living Resources (CCAMLR).”

David Yarrow explains why black and white is best

“The study analysed 15 years of monitoring data on giant petrel survival and breeding collected by BAS at Bird Island, South Georgia, and projected the likely consequences of future environmental change and fishing.” 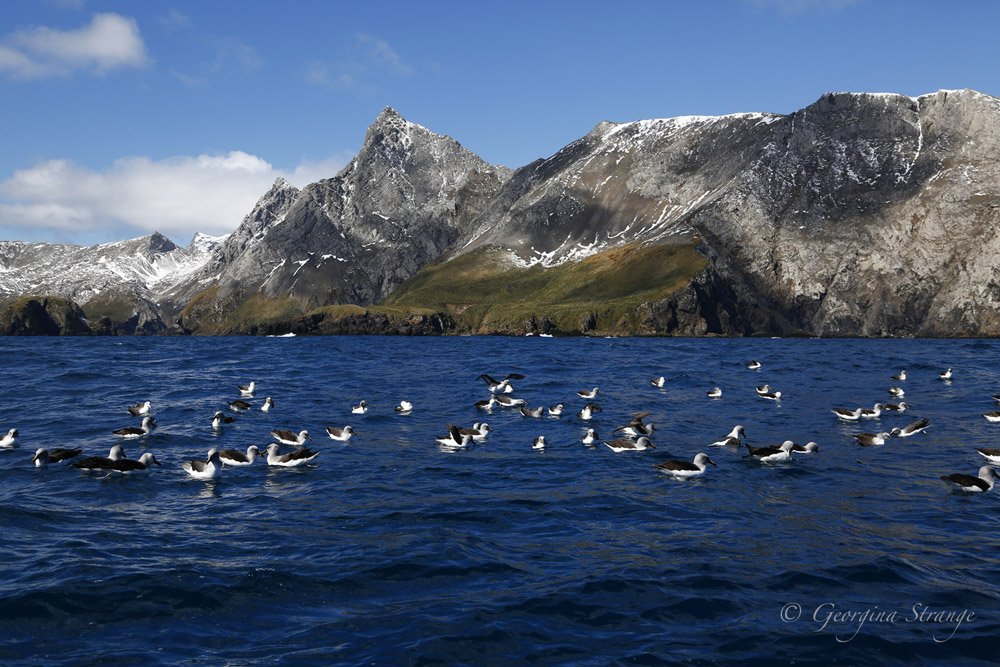 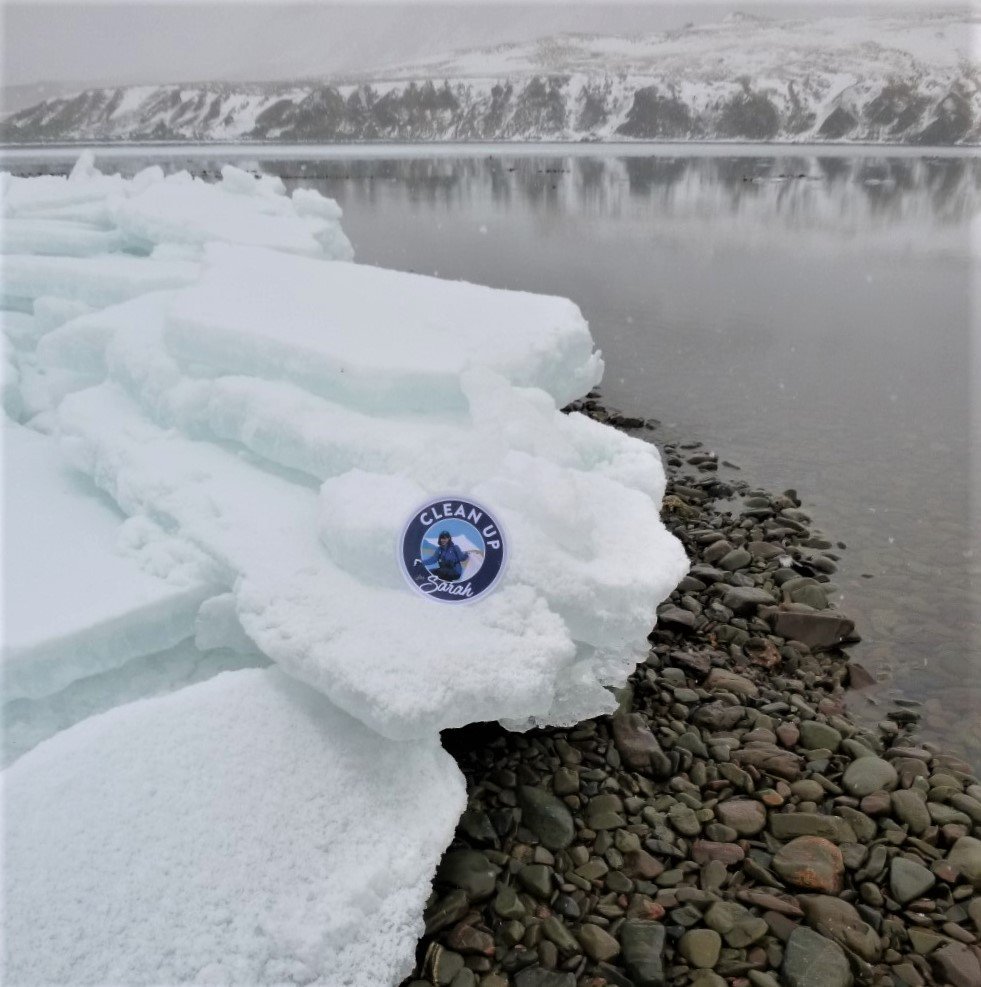